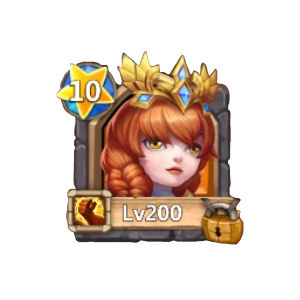 Hi Guys and Girls welcome to this weeks instalment of Hero Focus!!!
This series is designed to offer a baseline for popular Hero builds and to help players decide on where to put Talents, Crests/Insignias, Traits and all the goodies to get their Hero to a level where they will do some good.
Each 2 weeks a new Hero will be selected by a small group of players to focus on and provide a suggestion as to what to do with them.
This is not an end game or definite top suggestion, merely a starting point.
This is an open discussion where players can add their builds and discuss how they use their Hero also so feel free to post and comment below.
This data was compiled with the minds of NikkoTate, BNKV and Hanyabull from iOS, Rusty/Fe2O3 and Ollie/ojdiaz from Android and Pocay from YouTube This information is to be used as a starting point and not to be taken as the absolute best end-game combination

Athene is a Hero that can be used in most Areas of the game provided she is set up correctly. Totems or base Defense in Guild Wars is one of the main areas we see this Hero regularly as well as some Lost Battlefield, Labyrinth and Arena teams.
In Guild Wars she is especially beneficial against "Ronin Bombing" when equipped with Empower as when Ronin appears for a split second, she can take him out then and there.
Her proc is deadly but can also be a double edged sword as we will discuss below.
A lot of discussion took place on this Hero again and we decided to showcase another defensive version of this Hero as we felt it was the better option for 90% of situations.
As she hits very hard but alo has low HP, she can destroy herself when attacking a team of Flame Guard Heroes which is a common sight these days.
Of course this isnt to say that an Offensive build like Wargod or Brute Force is completely useless but for the purposes of this presentation we are steering away from the Offensive Athene builds.

As with last week and continuing forward we will discuss 3 build stages for this Hero, however due to Athenes limitations the builds will be very similar for each stage.

Beginner:
At the beginner stages we are recommending the same main Talents as the Endgame.

Revitalize: Revitalize will ensure she hits first and does the most damage as possible early on. This is especially important in PvP modes such as Lost Battlefield, Lost Realm Altars, Fortress Feud and Labyrinth.
5/5 or 4/5 is always recommended.

Empower: Empower is a great way to defend a base in Guild Wars and keep her proccing if she is at the back of your team in any PvP mode, especially if she has not taken Aggro (become the target for enemies to attack) in Crest or Insignia form the highest possible level is always recommended.

As with the images below, any combination will be sufficient early on but ultimately we recommend the Empower/Revitalize be in Crest/Insignia form.

As with the above sections, the Traits will be very similar on all 3 builds. Again this is only our recommendation  and is designed to keep her alive longer. There will be other options if you are using her as a sacrificial damage dealer but we are suggesting the following.

We are recommending a mixture of CRIT and ACC.
Accuracy for obvious reasons, it will ensure her attacks hit when she is attacking and Critical Chance to aid in raising her chance for Critical Hits.
Seeing as she hits hard, very hard, you want to make sure she can do as much damage as possible (whilst staying alive)
Of course you can change your Traits to match whatever suits your use of her the best, but this set seems to be useful in 90% of all game modes. 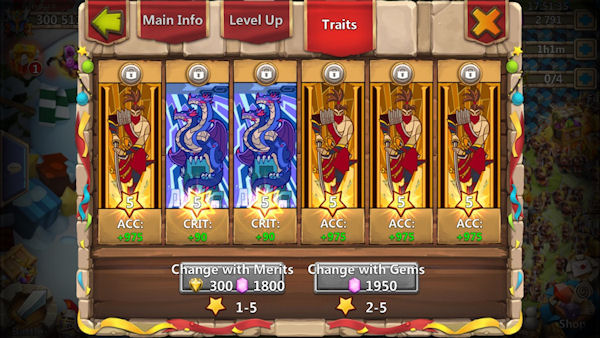 Our recommendation for Enchantments is Victory Lunge.
At level 5, Victory Lunge will increase her Attack by 25% and Reflect 15% of incoming damage back onto the enemies.
In tight PvP modes, the extra damage can be the difference between a win and a loss.
The Reflection also ties in with helping her survive longer.

In conclusion, although Athene could also do well with high Attack Talents/Traits and Enchantments, we have decided that due to her "squishyness" (low HP) and the fact that many players now use "Deflecting" Talents, Athene can self destruct if she is not set up to survive and with the damage she has the potential to do, we put forward that it is more beneficial to keep her proccing than have her do massive damage once in a match.
Of course this Build may not suit your playstyle or supporting Heroes and you may choose another direction to head in but for the purpose of this Hero Focus instalment, this is our recommendation.

As always guys and girls, this is not the "Be all and End all" set up, just a suggestion and we are eagerly awaiting any feedback or different Builds you guys may have.
Until the next instalment, Happy Clashing!!
The Hero Focus Team.

I’m pretty sure, once having crit on her with traits, she needs also crit damage as traits.
It’s crit x crit damage for giving optimal use of her crits.
It’s an factor.
And for that acc, once having 2x5 acc on her she will go through dodged heros.
The rest could work with attack, for higher damage imo.

iYoDa2point0 Rated on 8/27/18 5:04:24 PM
Definately a great suggestion. I myself had completely the wrong everything when the team started discussing Athene. On this Hero Focus i have basically only written up what i was informed of. I had no idea about Athene but i now know a lot more from researching and writing this.

Signature
all life is precious, play nice, be nice and always smile!