Has hacking been fixed with this update? 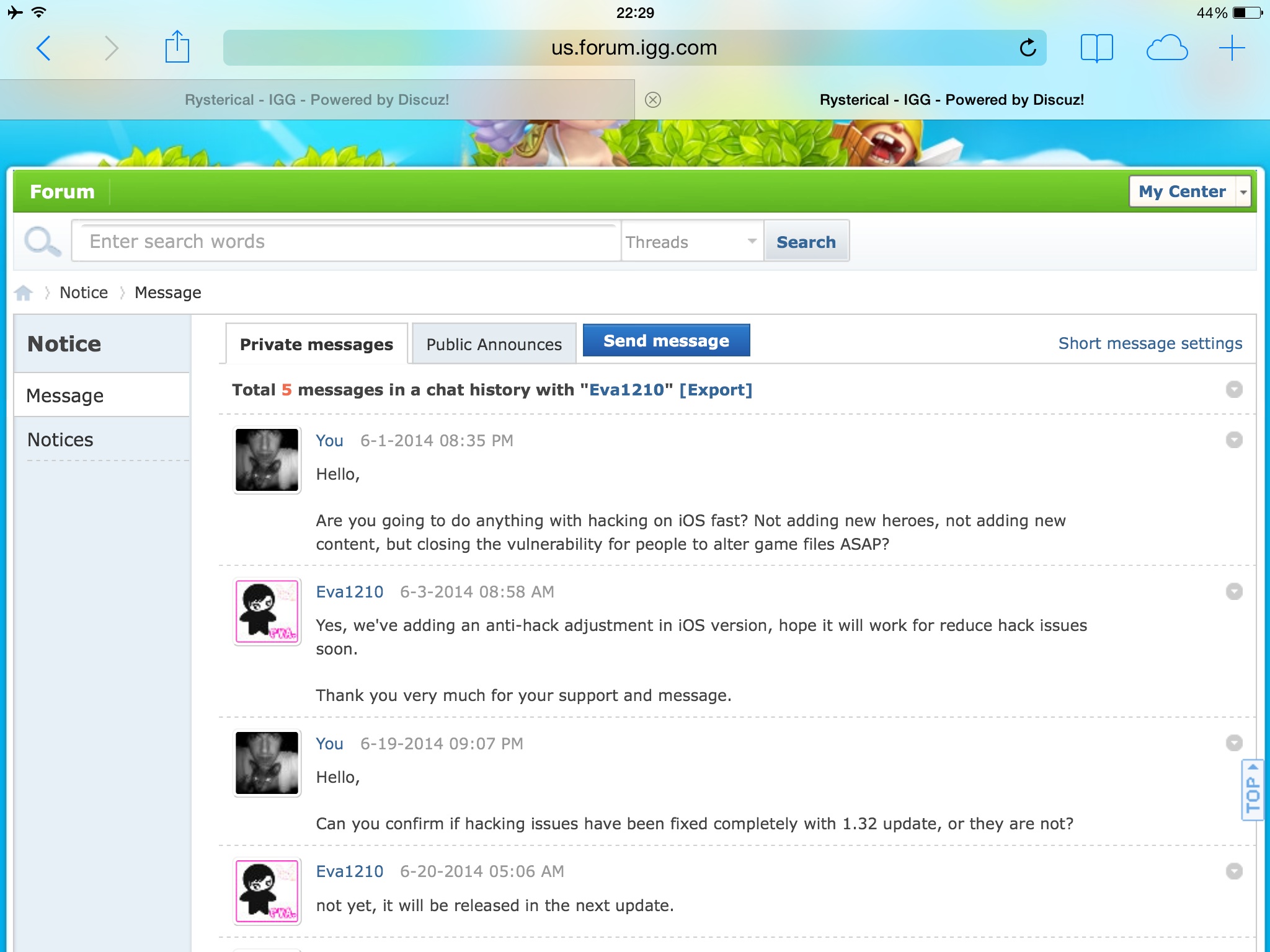 The was an advertisement on android forum of a hacking tool, so they didnt fix hacking for android with the same update for sure. I just wanted to see their miserable response that they dont hold to their own words.

2 best parts: Guild boss changes and "save function" for edit mode. New hero isn't that grand for f2p like me, unless they make it in an event available to f2p

You can never stop hacking. Sooner people realise this the better.
As soon as you release an update that detects a hack, the hacker re writes his code to be undetected again.
At this stage the hackers are smarter than the developers because it takes the hackers less time to re write their code and takes igg ages.