From this link: CC Taiwan Update
CC taiwan will got a new update content today!

It seems there is no new hero! So I guess it make many member happy cause many asked for no new hero right

1. Registration 9:00 the day before the league rankings 1500 may register 24-point end application.
2. The alliance leaders have permission to sign up.
3. The alliance leader can select a time period in which to enroll in activities, registration can not be changed again.
4. The next day after the registration period in accordance with the selected open contest for 1 hour.
5. Each division limited registration 800 Union, the limit is reached can not register and pop-up prompts.
6. Registration stronghold hegemony interface to display the countdown from the event start time.

Stronghold battle group
1. Division three independent group match.
2. each contest according to the matching credit rankings sequentially grouping.
3. Match Points: match points by the league last season, the league and fighting battle stronghold total credit omnibus decision, the game can not view.
4. Each league is divided into a set of four, if the number is not divisible by 4 is to ensure that at least three alliances in a group.

There are different types of credit positions on the map, and the line between positions connected by road, the team will set off along the road. Adjacent road between two positions, fixed by the required 20 seconds, the time required for long distance moving needs of each section of the road are added. The initial state by a monster stronghold stationed stationed stronghold after being captured by the players stay in the stronghold of the hero team.
Click on the top left corner of the "?" Button can understand stronghold battle rules.
Initial alliance stronghold: Map of the four corners of the Unions initial positions, the positions can not be captured another league.
① lower base: 10 points ② Intermediate positions: 30 points ③ senior positions: 100 points ④ chat.
⑤ Formation: click to enter the formation interface hero.
⑥ stronghold battle all kinds of charts

Formation introduce <br /> Click the "formation" button to enter the formation interface hero.
1. A player can create three teams, each team consisting of up to six heroes (not awakening the hero of not less than 100).
2. The newly created team will appear in the initial positions in the league.
3. Under the idle state allows the team hero lineup adjustments (team need to keep at least a hero).

After moving the team to be introduced <br /> team formations, just click target locations. Click on the appropriate team number to the team will move to the target positions.
1. In the process of moving the team, if you specify a new destination, the team becomes more direct route.
2. Unable to move directly across the enemy stronghold and follow-up to the stronghold.
3. Mobile preference consuming the shortest route, the route takes the same two randomly selected.
4. Mobile stronghold on the route occupied enemy, the team moves into the fighting stops when it reaches the enemy stronghold.
5. Unable to move one's own participation in non-belligerent stronghold.
6. You can not move to the number of teams is full of fighting one's own stronghold.
7. fighting team can not move.

Introduction battle
1. The two sides played team in accordance with the arrival time to sort stronghold.
2. Only single team duel according to the order.
3. The battle to join the new team, according to the arrival time of ordering stronghold queue to join the battle.
4. The whole battle is no time limit, each time fighting small field of 3 minutes, Fang Shengli draw for the defense, the offensive hero determined to be surplus death.
5. When a team is eliminated after three seconds into the countdown, victory Hero reset position, failed to play at a team party.
6. victory party save the remaining blood and energy values into the next battle, the hero has died excluded from the team.
7. The home base is determined in one of the league no team can play as the battle was lost, the victory party stronghold occupation battle to get right.
8. After fighting stronghold, the stronghold will select a "match" button, click can enter to watch.

Points get introduced <br /> Union Kills Score: Kill all individual members of the League points total.
Alliance stronghold Points: continued occupation stronghold until the end of each round get points (points occupied positions will be added at the end of 20 minutes to turn the time integral value of the occupying Union.).
Personal Kill Points: battle to kill the enemy team get points (to be integral to kill the other team is fighting to get the higher of the higher), are available to kill the enemy base points.

Alliance Awards granted in accordance with the league standings after the battle stronghold incentive programs.
Number of obtaining supplies chest alliance with the group's combat power rankings and accounts related.
Reward Item: Alliance supplies chest. Each chest can be opened 100 prestige and a random props.
Example: Player A (fighting: 190000), ranked first in the stronghold battle group, you can get 12 league Substances Database (8 + 4 = 12).

H/T to bcs1682 on the Android forums for posting this. 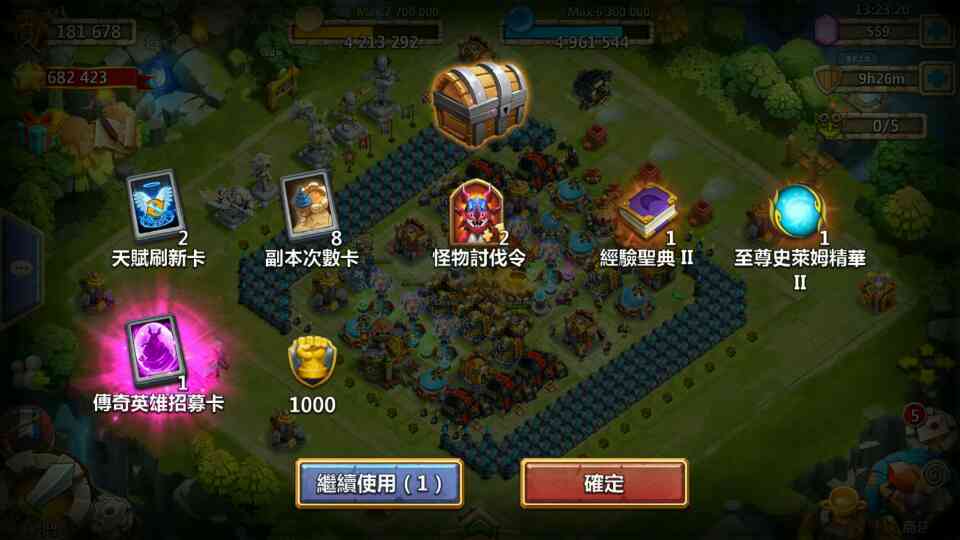 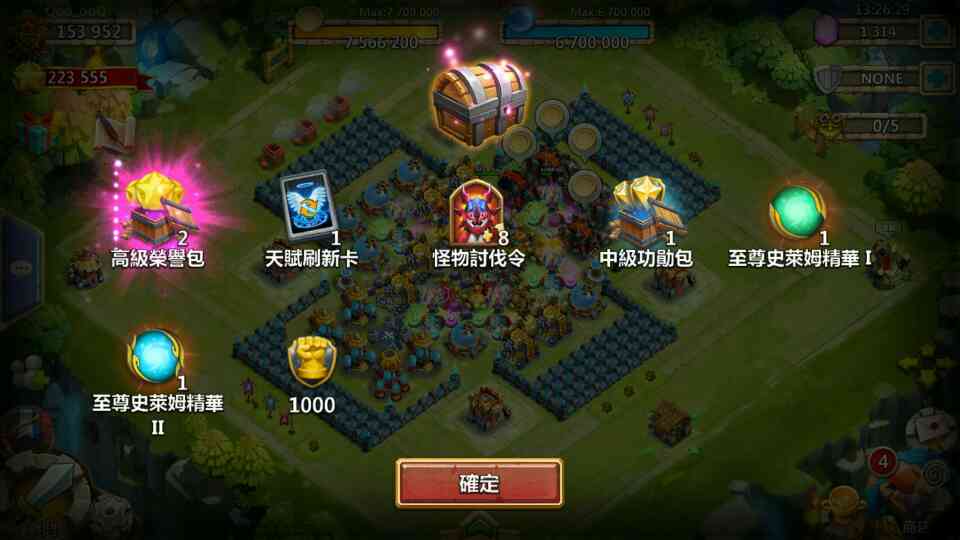 Really nice update , but is not fair on the other country for not getting this update at the same time

this is realy nice we done this event and its great.....i hope it twice a month couse its realy cool event