I am looking to put a perminate team together who can run 4+ Lava 3 entries at the same time every day.  Looking to stay between 00:00-02:00 server time. I can run setups 1 and 3 from the posted picture so if you would like to join please message me on LINE app at BigFritz or reply to this message and we can talk.  Good luck and clash on!!! 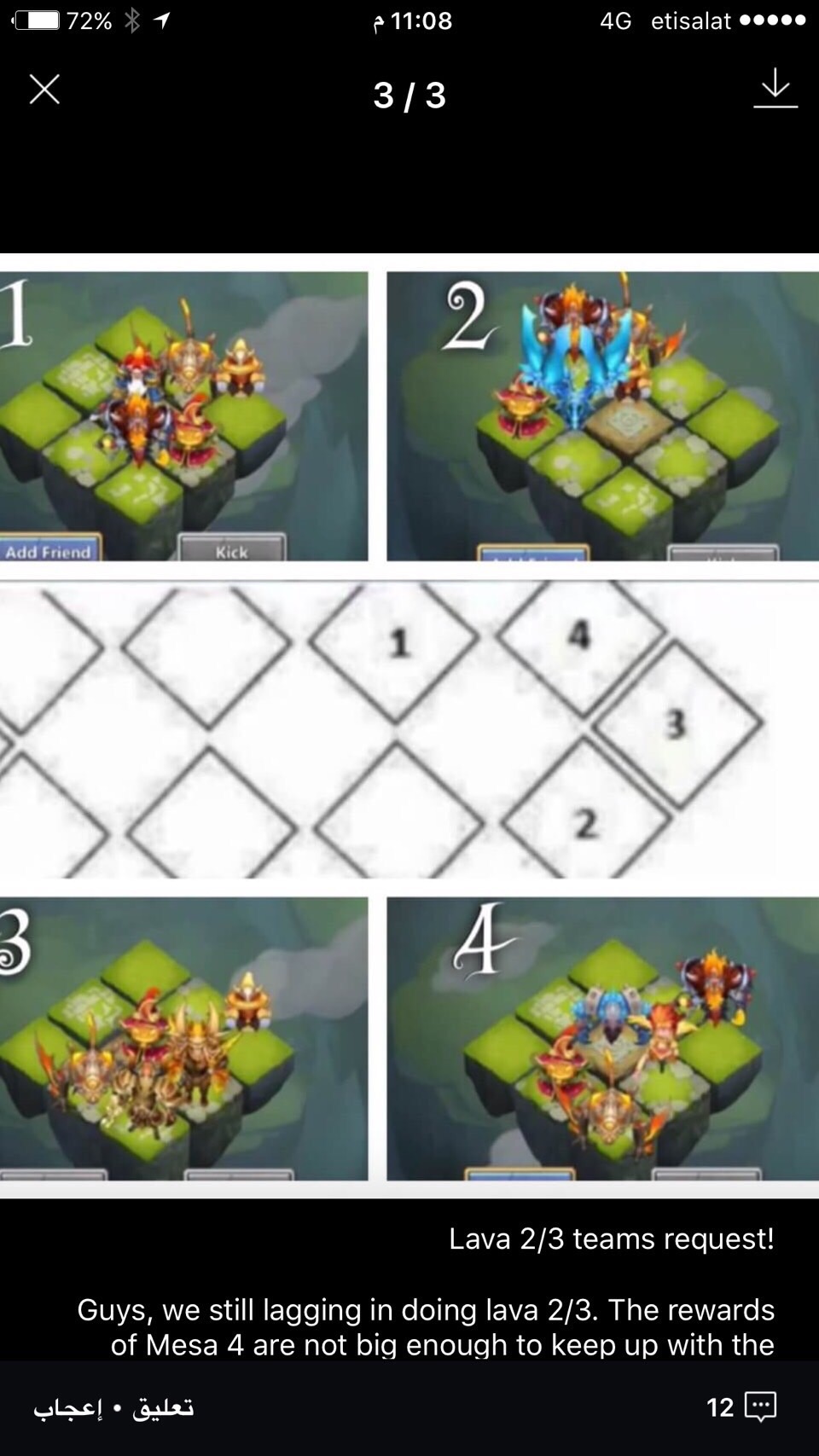 Sorry, I have no ghoulem so that already makes this setup not possible for me

Sorry but this team is not good. First off: 4 PD's are too much. Use 2 zerk PD's and maybe a revite val, but thats it. Second: the pixie is pretty much useless. Arc already debuffs the boss every 6s. We're farming lava3 without arc and only with my gf. And finally third: aries. You dont need him, only his first proc would be useful if there were only bosses. But proccing on heroes on the map anywhere doesnt benefit your start or at least makes it more or less a gamble.

The team above is probably lacking of damage due to things I said above^^ if you can, try to use a gf, if you think that arc/boss procs are off / boss shield is up for a long time plus some damage dealers like pk, reaper, santa, or bt.

Do not replace the Treantaur or Ice demon.

Btw we're running with the strat, that team #1 is tanking with a sk. All other heroes die, leaving only the sk while treant procs a bit later to revive all remaining heroes. I'm running lava3 with 2 people who arent really ready for lava3 yet, but it works out with 2 stronger players (and helps these 2 guildies).