Soooo,
Does anyone have any Guides or can make a Guide that can be stickied for beating the Goblins in Labyrinth?
Example, which Goblin you can use Scatter effectively on?
Which heros are the best to use against each Goblin?
Each Goblin etc

Same for the teams you have to beat, are they random? Are they the same each floor? Does each tier have the same setups to beat?

Im having trouble beating most of the Goblins and end up with Skull Knight finishing him off.
A Guide for players would be great and it would be awesome to beat the Android Forums in getting a thorough Guide up!!

This guide is current being updated, but in it's current form it is still pretty good.

Credit: Shlam16 on the Android Server

Yes the Reddit guide is a pretty good start. He was created when laby came out, so it is in parts outdated. Especially lacking the later heroes.

I played yesterday goblins until floor 26. I can try to make some kind of guide when laby is next time up. But cannot promise anything.

In general it is basically a variation of boss fights. So anything couting for boss 5 usually plays a role for these goblins.

They all cannot be scattered, so scatter is useless.

First build your team so it can survive the 3 minutes, then work on your damage.

The actual goblin values are determined by 2 things: First your might and second the floor you reached.

The 2 goblins with companion minions work a little different, but on all others I find it most effective to play a slowdown tactic. I usually start with Medusa and once she is targetet by the goblin, I droop the rest on him.

So slowdown works in 2 ways to your advantage. You want to slow them and you want to "tick hit". Heroes doing high single hit damage, like SK are useless. You want to have as much dps as possible. So use sd crests and heroes like gs/tt/dove who add units.

At the higher levels you need shields and damage reductions to survive, so Anubis, Tree and especially Ghoulem are your heroes.

Jealeous was among the hardest for a long time, but if you have a storm eater he gets way easier.

Hungry is still the easiest, you can probably beat him on any level.

Hanyabull Rated on 6/21/18 3:02:40 PM
If you could come up with a guide, that would be cool. The more guides the better, and it would be nice to have something written by an iOS player. We need to represent!

Yer ive seen the reddit one but as i said im having trouble with the stormeater teams, my devo 200 heroes die instantly, i dont have a lot of slowdown in either crest or talents. I have enough for maybe 5 heroes to be consistent.
The reddit guide is definately outdated, it may not be that one inparticularbut on one of them someone saidthey scattered the goblins and it worked for them, so im guessing that was WAYYYYY outdated

The teams are random Yoda. There AI teams (Guard) on every floor which seem to be the easiest and then the random teams by players in the game. So, basically for H2H just adjust your team to what you think the best set up is for you to win.

As for the Goblins, I don't know all of the names. I just know what to do when I play them lol. The most difficult one for me so far, is the one with the Snowzillas. I've beaten them once since Labyrinth has been out and that was about 6 weeks ago and couldn't do it again, smh.

The Goblin w/ Harpy Queen: I normally have heroes that have high DPS along PD and some tanks and let them rip on the upper right HQ and they normally finish the job in 90-120 sec

I think there are 4 or 5 other single goblins:

Goblin that attacks in front: just drop a tank in front, Ghoulem or a healer behind and everyone else in a circle. He's pretty easy.

Goblin that one shots everything: He can actually be chain stunned, so I bring out Champion & Thunder God to lock him up along with PD and others. Anybody that can stun will do.

Goblin that takes little damage: Tanks and High DPs with PD of course.

There's either 1 or 2 other Goblins and both are easy. No strategy really.

I use the same team for almost all of the Goblins. The only 2 that need a specific team are: The Goblin w/ Snowzilla & The Oneshot Goblin (the one you need to stun).

That is actually a HUGE help Jack, thankyou very much for that!!!

I like this, it’d be nice to have guidelines killing them goblins. Sometimes my slow down and tank teams can become ineffective.

Ok so now I have a problem with Goblin shown below,
Ive managed to get as far as 1 Zilla down and the Goblin down but get annihilated on the last Zilla.
Any thoughts/ideas? 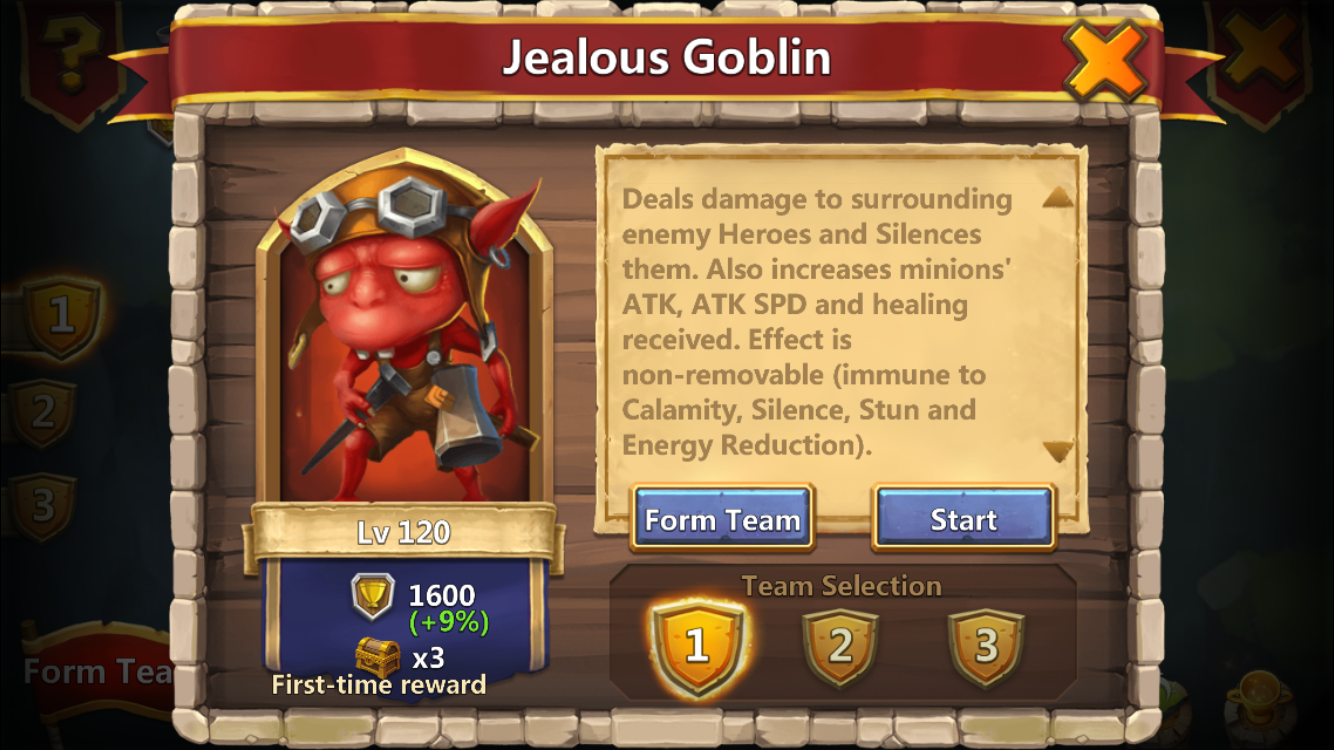 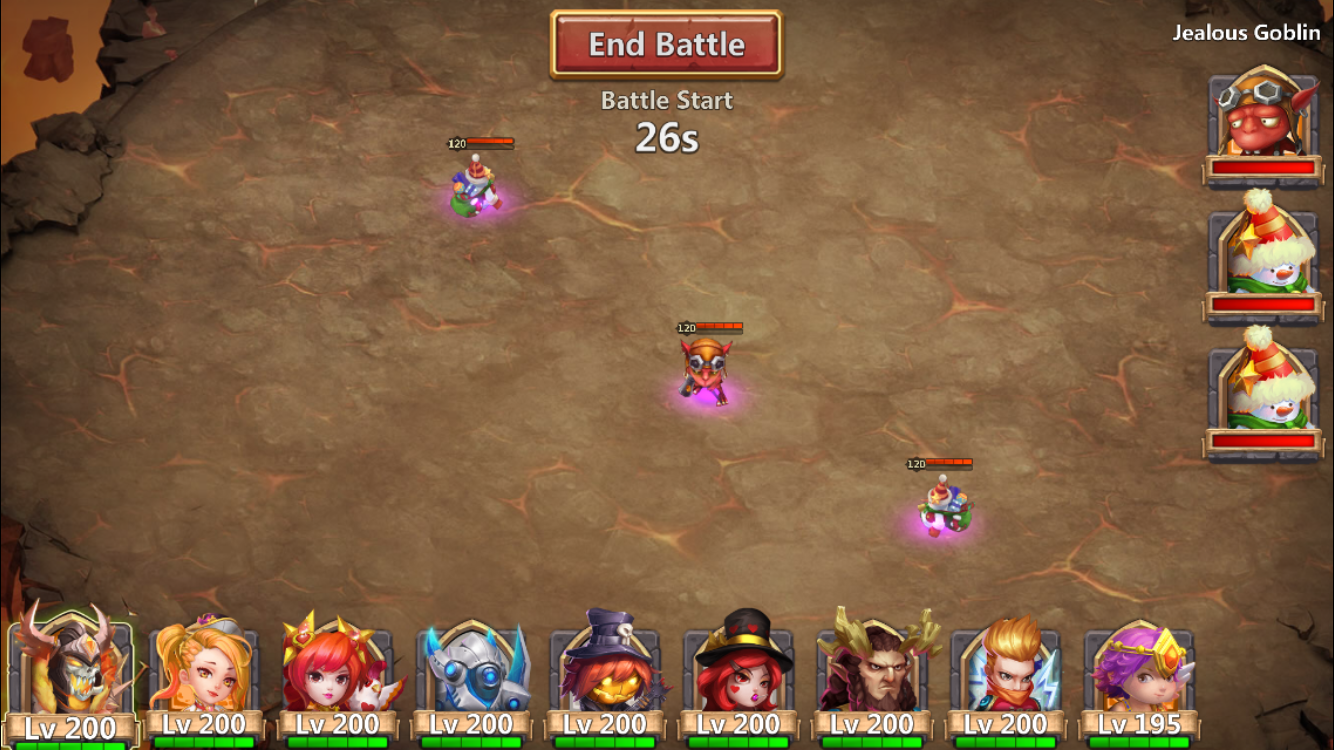 twgsgeggw Rated on 7/6/18 2:24:29 AM
Use 8 heroes to deploy and save tree. Your 8 heroes should kill 1 zilla and the goblin. Then probably all your heroes get killed by last zilla. wait a few secs till that last zilla's buff is over and then drop tree. Your heroes get revived and beat that last guy

I usually have trouble to reach the goblin of floor 3. I can beat all guards but I skip all players I face, because I dont feel any confident I can beat any of those, especially skelly teams are 100% impossible for me

iYoDa2point0 Rated on 7/6/18 9:30:41 PM
Yer the teams are pretty crappy, this week every team had a Revite Storm Eater for me so it was nearly impossible even adding Aries in the mix.

Well I made it to floor 7 this week but ran a proper path to maximise Stamina.
This is the team I was using, my Storm Eater is way too low at the moment but did alright anyways.
Its a new personal best for me 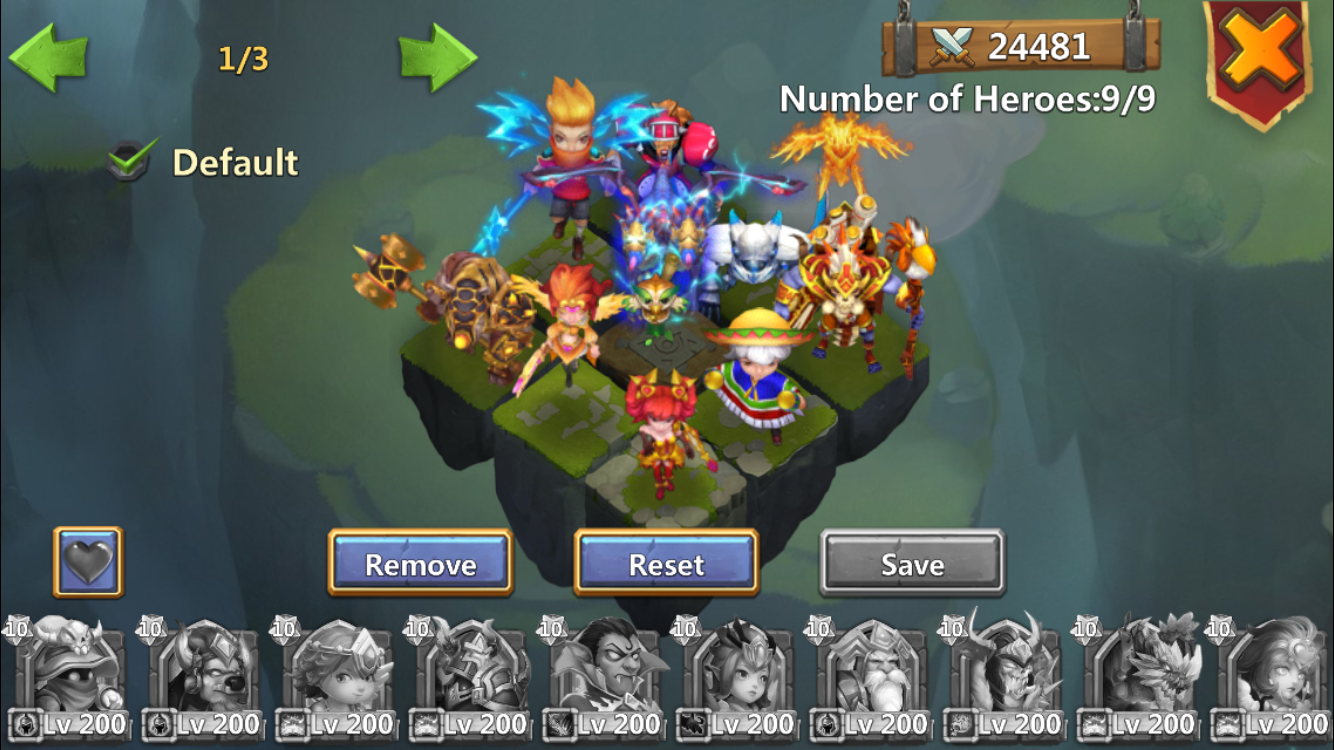 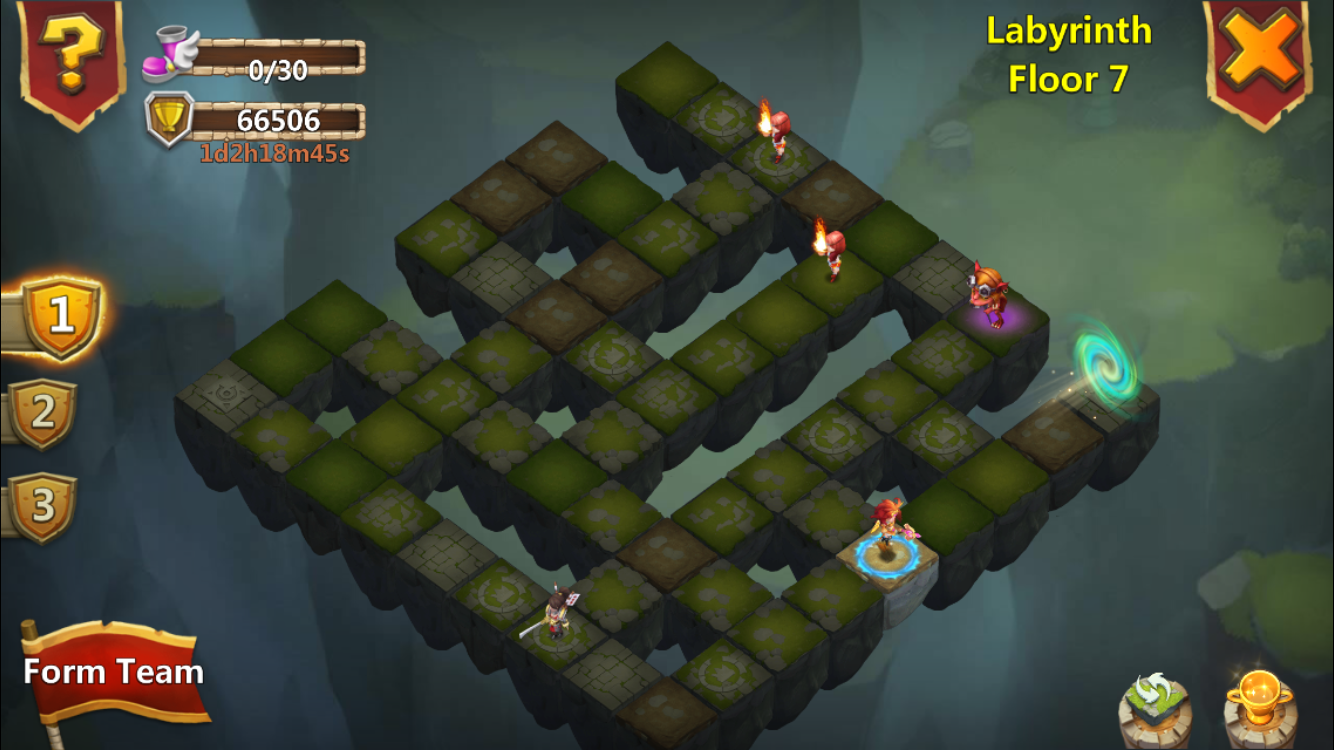