I started recently on a new account (have played on and off since 2013) but I only just returned after a year and a half long break (roughly).

Anyway, I started the account 12 days ago and have been boosting my might really quick to get the title rewards (the presents). I’ve made it to 80k night and the title rewards basically go downhill after that. Should I drop might? I can barely raid, can’t do expeditions and Can barely do Blitz gauntlet. He downside of dropping is my clan will take a blow with my light drop, I’ll do worse in arena, there won’t be as many occasionally million-resource bases in raiding, and i won’t get as many gems for daily logins, which is important because I’m F2P.

Here are my heroes. I’d basically eat every dupe shard legend except for my 160 phantom kings. My brand new jumbear could use the skill exp. he’s only at 3/10. 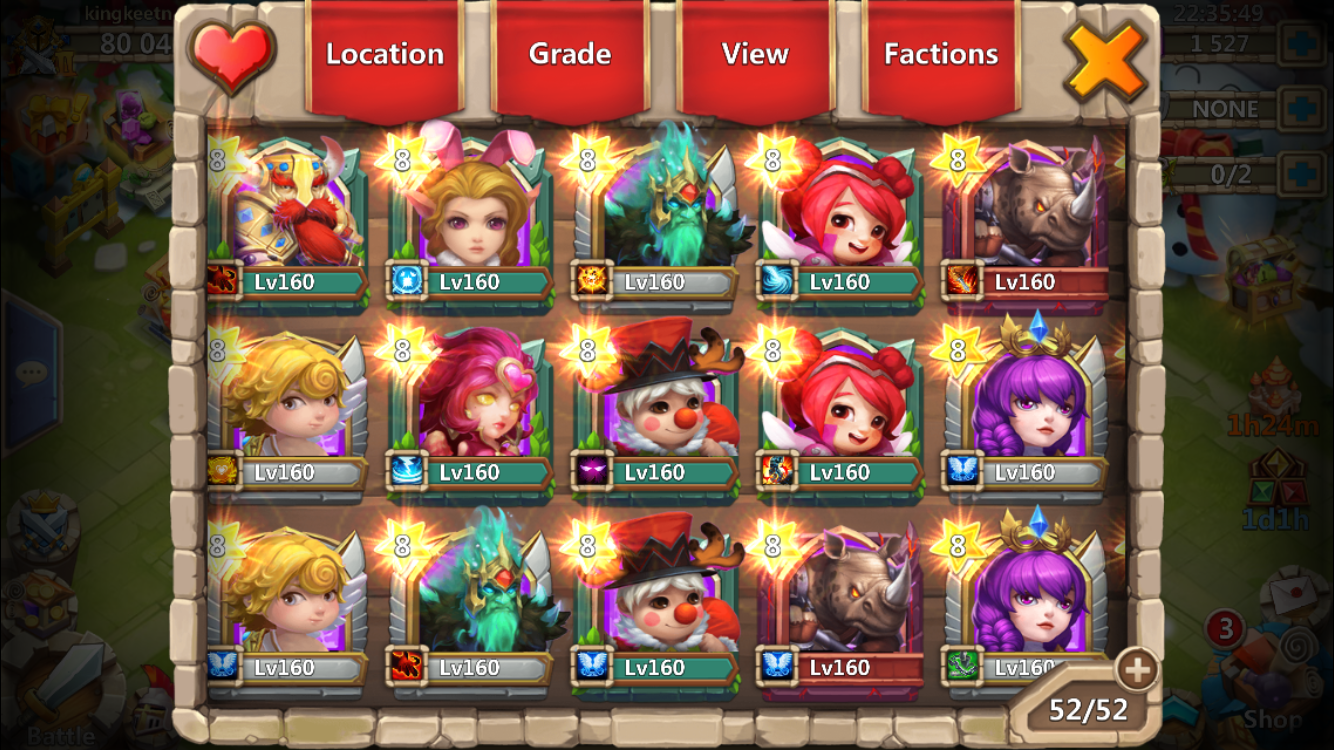 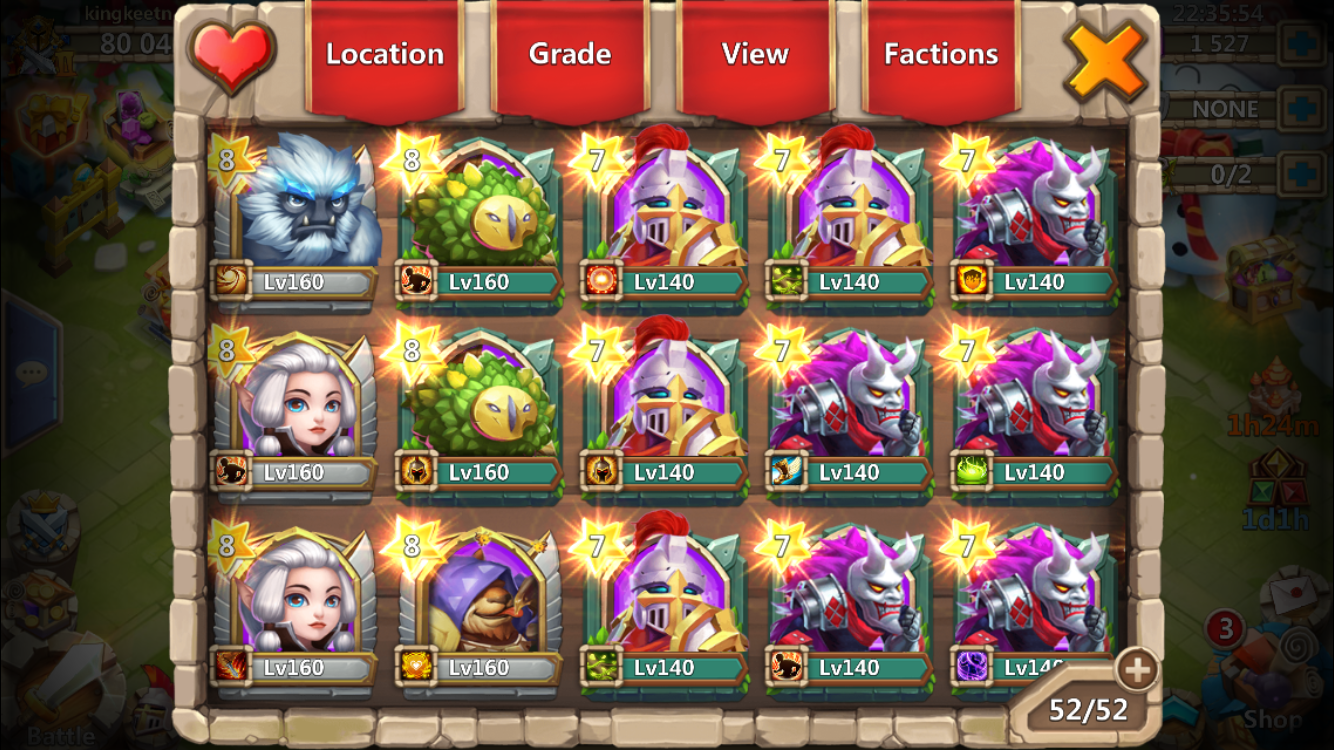 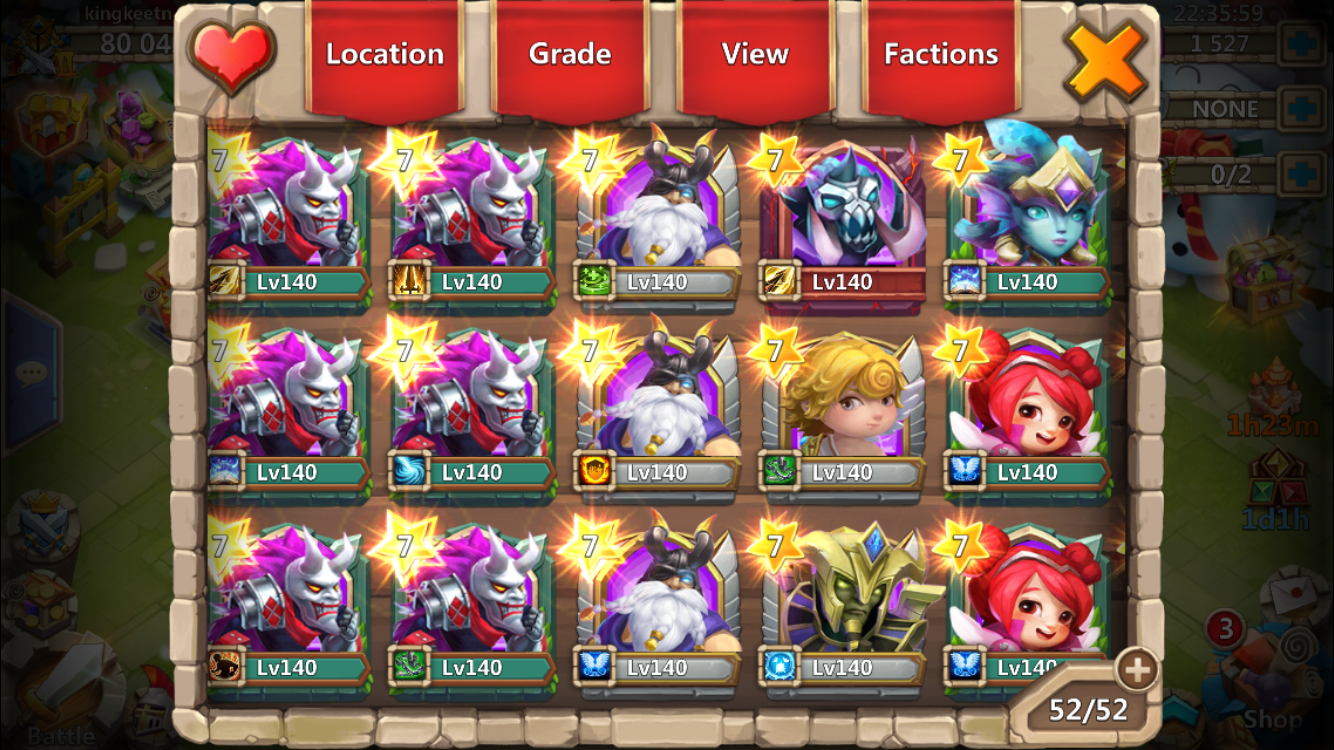 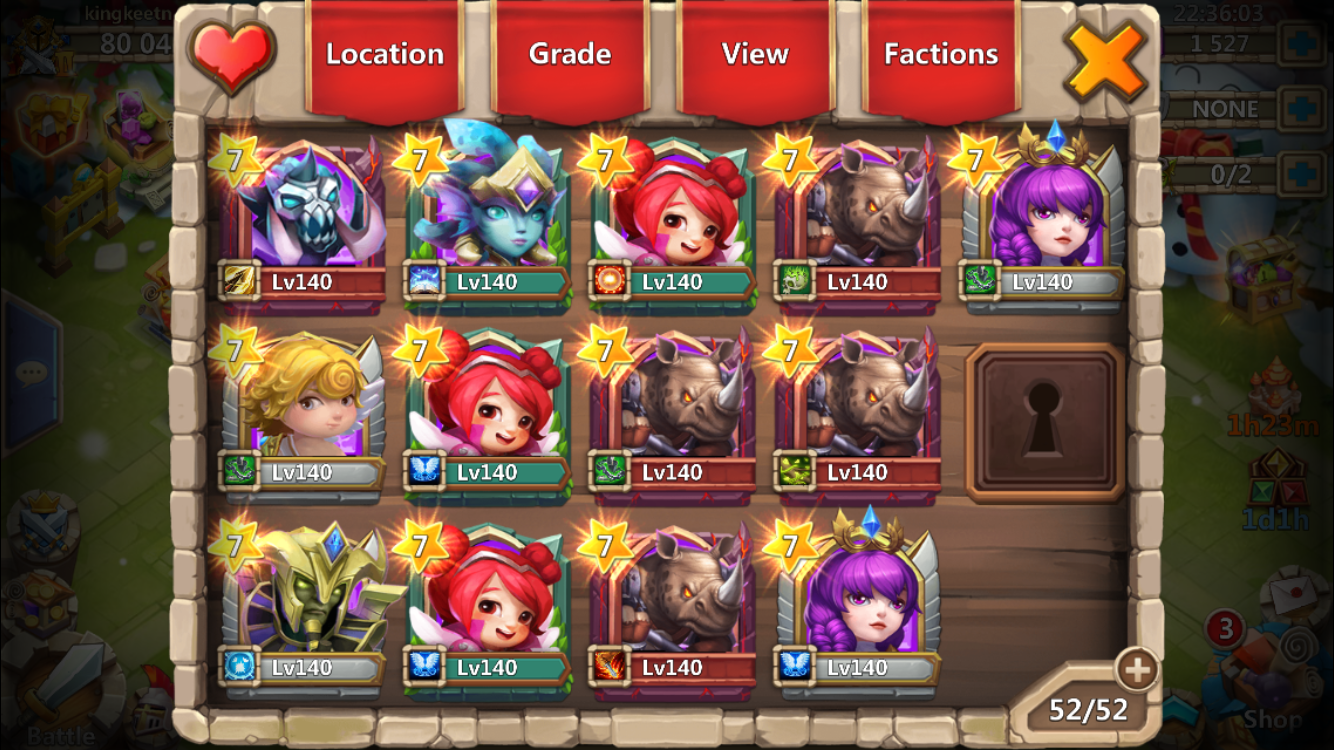 Dropping below the 80k might will lower your opponent grouping which will make raiding easier.  Shaving a little might should not affect your guild's overall ranking, nor will it make GW easier for you, but it will afford you a little time to buff your core team so that navigating in the higher might grouping becomes a little easier for you.